So stoked to get our first glimpse of the Lib Tech Waterboard and that glimpse is coming soon!!! I found this amazing interview that I wanted to share with you. In it Mike Olsen the mad scientist behind all thing Lib-Tech talks about the creation of Lib Tech so many years ago and how the waterboard came about. 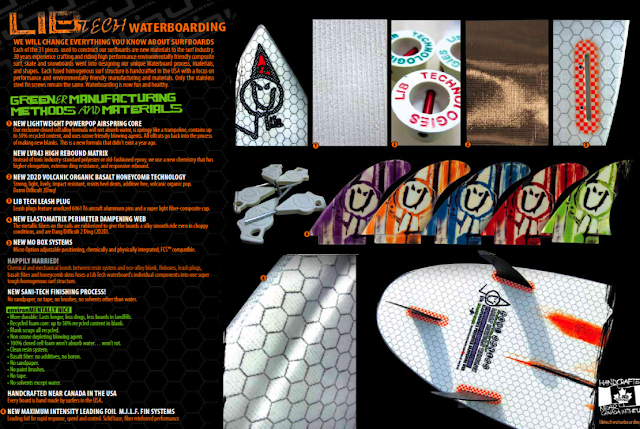 All the technology deep inside the waterboard… 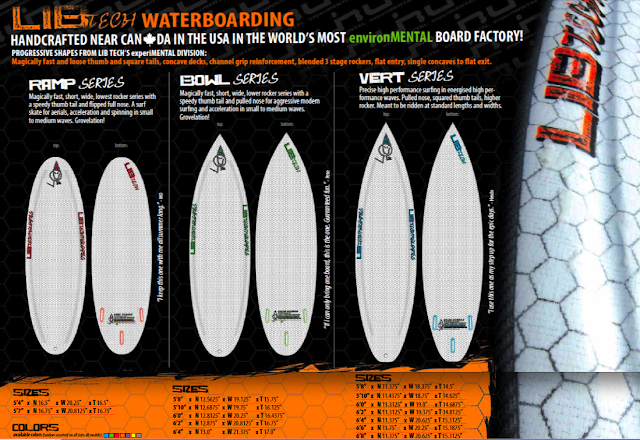 Shapes and dimensions soon to be available… 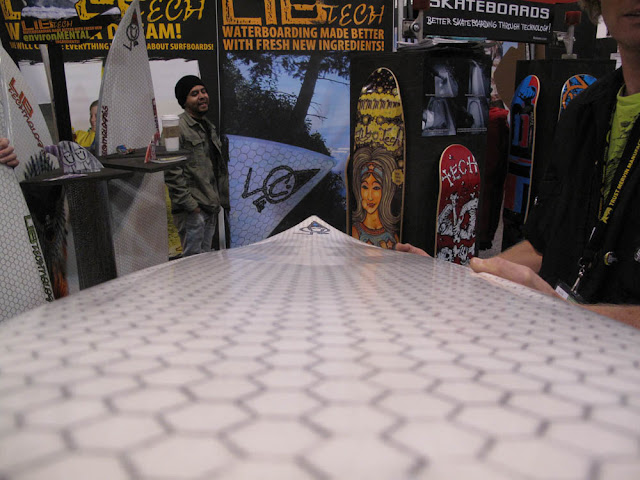 Olson shows off the concave top which not only makes the board more responsive, but also doesn’t hit your sternum while you’re paddling.

“Every material in these has never been used in a surf or snowboard before, except for the [fin] screws,” says Olson of the boards. Olson began shaping surf boards in the early 80s and actually funded the launch of Lib Tech snowboards with his efforts. “It has been a dream forever to bring surf back in the mix,” he says.

The line includes three different series with 14 distinct shapes, all of which include grab rails, honeycomb construction, rubberized elastomer sidewalls, and concave tops. They also feature a non-absorptive foam, so even if you get a ding you don’t have to get out of the water. That said, following two years of protos being ridden around the world, dropped on rock beaches, and other pummeling conditions, riders have only been able to get two dings. Lib’s calling the boards “2D to D” or Dang Difficult to Ding.

As with all its other products, Olson and his crew have focused on the environmental impacts of the boards, as well as their toxicity for the shapers, and the lay-up process uses no brushes or sand paper. The honeycomb weave you can see on the boards is the result of a process called Isotropic Fusion, a one-step reaction that bonds all of the board’s materials incredibly fast. ”You can make a board at six in the morning and surf it by noon,” adds Olson. The honey comb construction also adds strength to the boards, whose flex Olson describes simply as “awesome.”

Lib is also building its own fins, but the fin boxes are FCS compatible. “FCS fins are available anywhere in the world,” explains Olson about the design.

So far only Olson and Jeff Henderson have seen the entire design process, but the duo is working on training others at the company’s headquarters in Washington, where all of the boards and fins will be made. The plan is to ramp up to full production in the next month for deliveries to hit retail, where they’ll sell for $696.96, in late spring.

The anticipation is killing me… WATERBOARDS!!!! 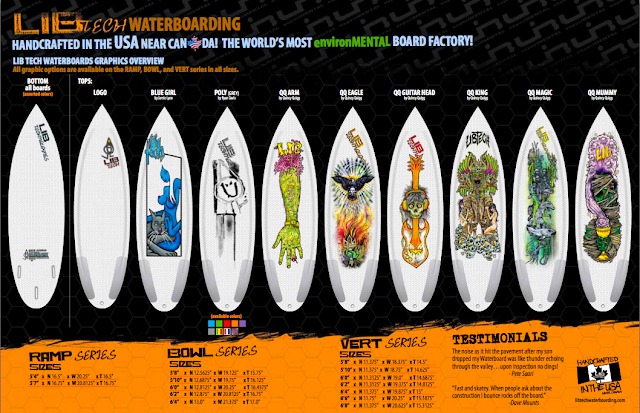 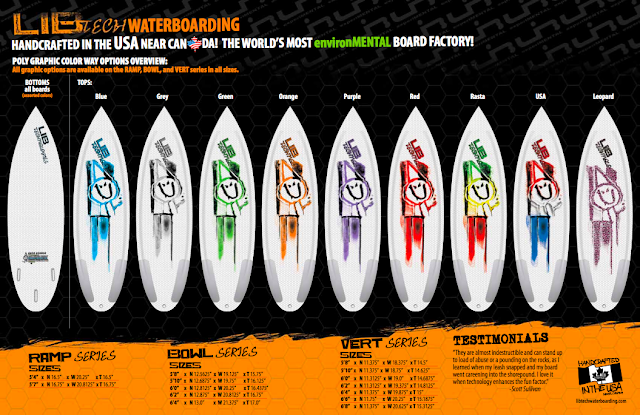 Board art that will be available!